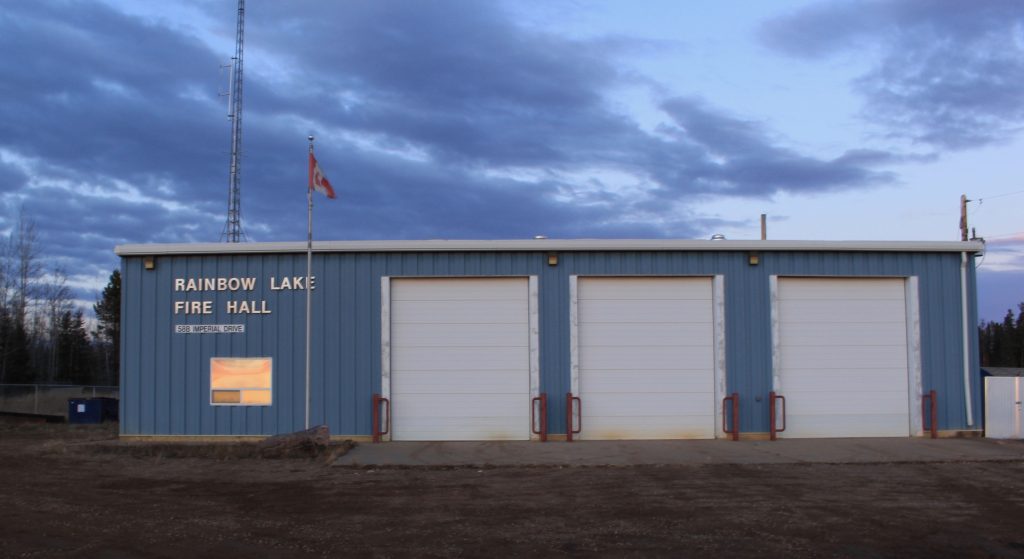 The Rainbow Lake Fire Hall is located at 58 Imperial Drive and houses two pumper trucks, one rescue unit, and one utility vehicle.

The Fire Department is on call 24 hours a day and staffed by volunteers who responded to an average of 84 call outs last year.

These dedicated men and women don’t just fight fires. They run fire prevention programs, do safety inspections, aid in search and rescue, respond to hazardous material call outs, and are instrumental in organizing and assisting with many community events.

The Rainbow Lake Fire Department welcomes and encourages anyone who may be interested in joining. All education and training is provided on Monday nights beginning at 7:30pm.

© Rainbow Lake 2021. Designed and developed by